How to Handhold a 35mm Camera 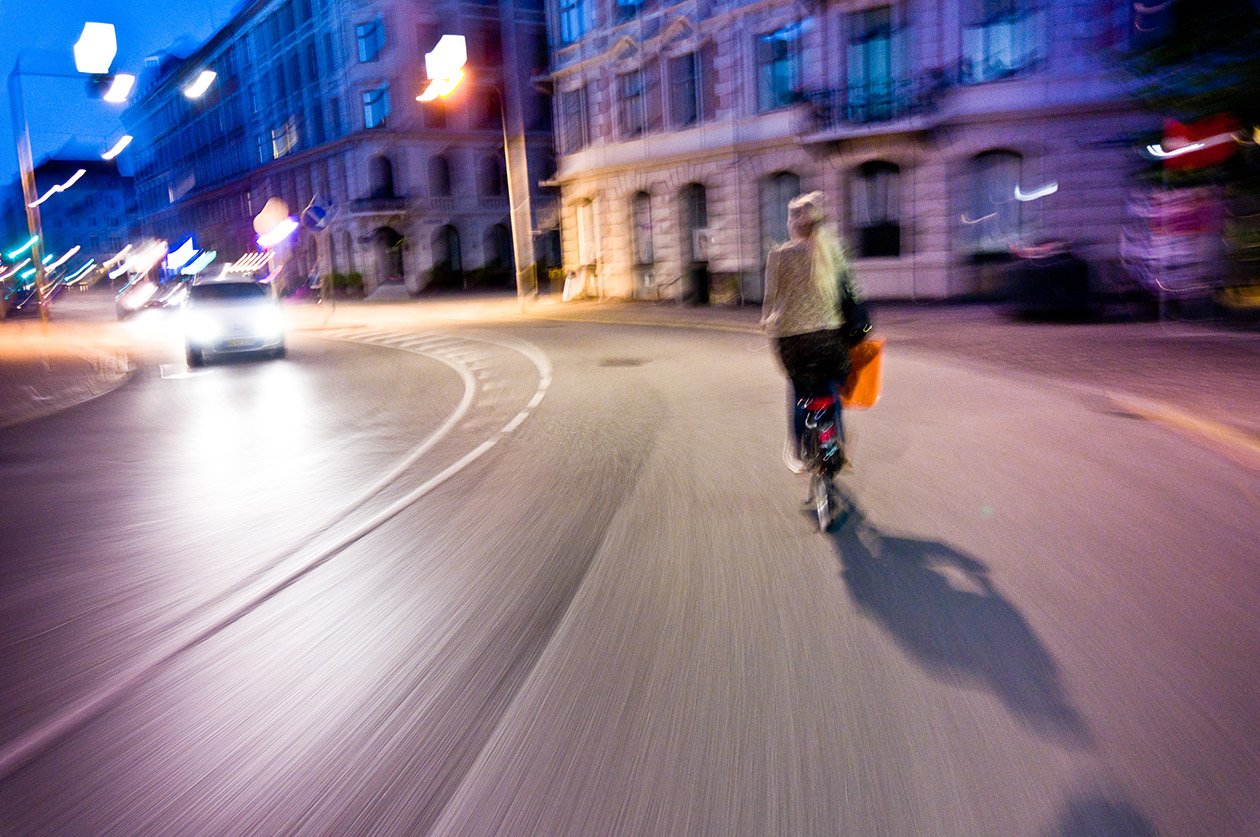 How to Handhold a 35mm Camera

Knowing how to handhold a 35mm camera (as opposed to using a tripod or other stable support), will allow you to avoid the invariable jiggle that can blur your photograph. If you try to handhold a shot with a one-second exposure, for example, I’m pretty sure the resulting picture will be blurred.

Nobody’s hands are that steady. On the other hand, if you shoot at a shutter speed of 1/1000 of a second, the jiggle of your hands is sure to be frozen and unapparent in the image.

Image blur from hand holding at too slow a shutter speed is one of the most common flaws beginning photographers face. If you wonder why all your shots are coming out fuzzy, this would be my first guess.

If you learn to shoot your hand-held shots at a shutter speed fast enough to still your hand motion, your photos are likely to start looking a lot crisper.

So if a shutter speed of one second is too slow to handhold successfully, and 1/1000 is plenty fast enough, somewhere in between those extremes is the slowest speed one can use to successfully handhold.

Shutter speeds slower than this critical value will result in blurred shots, shutter speeds faster will be fine. (At least, fine as far as blur from your shaky hands is concerned.)

What is this magical critical shutter speed? It depends on the focal length of the lens. Longer focal length lenses magnify everything, including the jitter from your hands, so they have more stringent shutter speed requirements than wide-angle lenses.

Here’s a good rule of thumb for hand holding a camera for 35 mm photography:

Where FL is the focal length of the lens.

That is, take the reciprocal of the focal length (1 divided by the focal length) and that’s the cutoff shutter speed. Any slower than this and your photo is likely to be blurred. Anything faster is, of course, okay.

Once again, cameras don’t generally have a 1/50 second setting, so use 1/60 of a second (or faster). Suppose your camera has a 28 mm lens on it. The slowest hand-holdable shutter speed? Try 1/30 of a second.

This guideline is a good one and is valid for most people. But some people with steady hands can handhold at slower shutter speeds than this guideline would have you believe possible.

Then there are people like me whose hands are unsteady and are well served to go to even faster shutter speeds when hand-holding.

Moreover, if the lens is especially heavy (say, a 28-200 zoom set to 50 mm compared to a fixed 50 mm lens) you probably need faster shutter speeds than the guideline recommends.

By all means, learn through trial and error what you personally are capable of. Better yet, run a simple test: shoot something with lots of detail, like a newspaper or a stucco wall, at several different shutter speeds and see which is the slowest you can hand-hold it.

You may be able to do better than the guideline I’ve given you. Just keep track of what shutter speeds you’ve used for which shots and look at the results.

If you enjoyed this article, please check out my website Edberg Photography.

When you would rather NOT handhold your camera and you can use a tripod, see my article where I talk about what to look for in a tripod. Click to read “THE TRIPOD AN ESSENTIAL TOOL”