Best SSD to Upgrade your PC 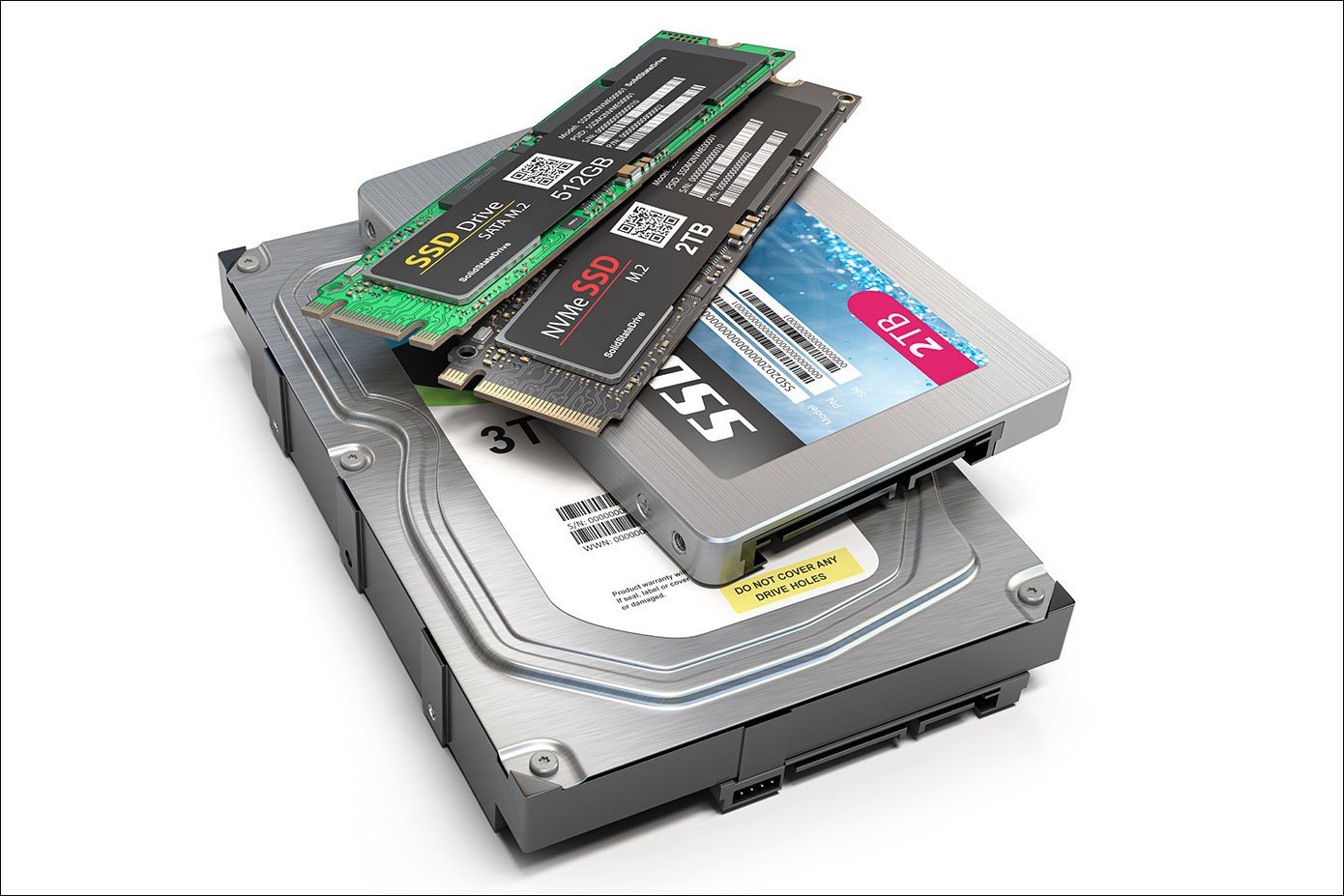 U-Photo is a participant in the Amazon Services LLC Associates Program, an affiliate advertising program designed to provide a means for sites to earn fees by advertising and linking to Amazon.

This article offers information and recommendations for products to help you upgrade your desktop or laptop computer with the latest SSD technology. We provide links to some of these products and when readers click on links to our Amazon Affiliate Shop and make a purchase, we may receive a small commission at no additional cost to you.

So, you’ve had your computer for a few years and it is starting to run really slow and seems to take forever to boot up. What can you do to upgrade your computer to something you actually want to use and hopefully avoid spending a ton of money to replace it with a newer one? There are some basic “housekeeping” measures like getting rid of unused software and deleting unnecessary duplicate files.

You can also think about upgrading the amount of RAM if your system allows it. But the one thing that might make the biggest difference is to upgrade your older computer’s storage with a super-fast new Solid State Drive (SSD).

How is a Solid State Drive (SSD) different from a Hard Disk Drive (HDD)?

A conventional HDD consists of one or more stacked disc platters. Tiny read/write heads attached to an arm above each disc can track back and forth across the platters (like a tonearm on a LP record) as they spin at high speed.  This allows data to be read or written magnetically as the heads pass over the spinning platter. Many HDDs rotate at 5400 or 7600 RPM, but some high-end server HDDs run at 10,000 up to even 15,000 RPM!

Because of this rapid spinning, these mechanical components are subject to physical wear, that over time, will ultimately cause them to fail. When this does finally happen, the information stored on the HDD is lost.

Additionally, as new data is repeatedly written, deleted, and re-written onto the drive, small areas of the disc may become less reliable over time. This causes data deterioration that is often referred to as “bit-rot“, and can eventually lead to corruption of recorded data. This degradation can often be corrected by reformatting the drive, however, since this process erases ALL the information on the drive, it is necessary to back up the drive prior to the reformatting process.

So, what are the advantages of the SSD?

First, and most importantly, a SSD has NO moving parts! Instead, these solid state devices utilize non-volatile NAND memory chips that allow them to store large amounts of data safely, even without power when the device is switched off. Because there are no motors to spin, or heads that must be moved back and forth, the SSD consumes as little as 1/3 of the energy of HDDs.

The big bonus of the lower power consumption is to significantly extend battery life in a laptop computer, and because of the faster responses, the SSD will greatly reduce boot time, program loading, and reading and writing large amounts of data.

Wow! That sounds almost too good to be true.

The downside is that a SSD is typically more expensive per gigabyte of storage than a HDD. However, these prices have been coming down to the point where some model SSDs are currently only 15-30% more expensive than a similar capacity HDD. Some of the higher-end products are still a bit pricey, but with the improvement in access times, it can be well worth the additional cost.

Since SSD technology is still relatively new, it is not clear that the long-term dependability is quite as good as the more mature HDD technology. This will doubtless improve as SSDs become more common.

Many of these drives feature embedded software that constantly monitors the condition of the memory cells, and will proactively lock out weak memory locations. This effectively reduces the storage capacity as the drive ages, signaling the necessity to replace the drive before it fails.

SSDs come in several styles. What kind do I need to upgrade my computer?

Newer laptops and desktops often are supplied with M2 or mSATA SSDs, which resemble standard memory cards. The mSATA-bus drives are designed to work with the SATA III/SATA 6Gbps (Giga Bits Per Second) standard. The SSD’s shown below are examples of this form factor commonly found in some systems. 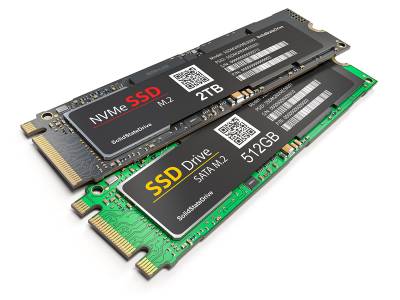 If your computer already has this type of SSD installed, there may also be space provided for a 2.5″ (or 5″) SATA drive to be installed. Some newer computers may use a combination of an M2 SSD for the OS and basic storage, and also include a regular HHD installed in the 2.5″ SATA port for data such as music, video, or image files.

If you are planning to upgrade an older desktop computer, the existing SATA ports may only support the older 3Gbps of the SATA II or 1.5Gbps of SATA I standards. To enjoy the maximum speed benefit, the new SSD should be connected to a SATA III 6Gbps compatible port. Although the new SSD will work fine connected to an older SATA I or II port, the data transfer rate will be significantly reduced to the slower 1.5 or 3 Gbps speed.

Below is an example of an inexpensive PCIe card for desktops that can be added to an older computer to upgrade to newer SATA III 6Gbps  ports. Please note that this option is ONLY required if the computer does NOT already have SATA III. You can click on the image below, to be taken to the page on our Amazon Affiliate Shop to see the specs for this PCIe card. 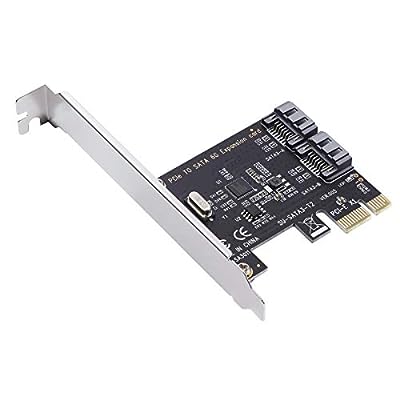 Currently, there are three different types of SSDs available. They are categorized by one of three memory types that are classified by the type of NAND chips used in modern SSDs. The most common type NAND memory found in consumer SSDs were MLC (multi-level cell) and SLC (single-level cell) memory. MLC is generally the cheaper of the two.

SLC memory tends to be more stable over longer periods but also more expensive to manufacture. MLC’s higher densities make it cheaper to manufacture but it requires special firmware to manage error checking. The MLC also tends to be rated for fewer read/write cycles than SLC.

Then there’s TLC. This memory type first appeared from Samsung in its 840 Series SSDs, with other NAND makers followed with similar products.

Which kind of SSD do I want? 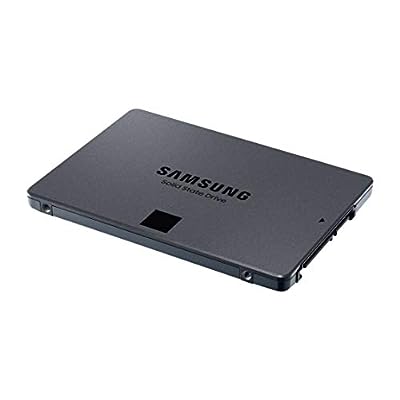 In addition to different physical form factors, there are several different types of SSDs. One version is optimized for higher performance and often features higher storage capacity while using a tiny bit more power. These are generally more expensive per Gigabyte.

Another version is optimized for lower power consumption but slightly lower performance speed. These are also usually smaller capacity drives but tend to be less expensive.

Be sure and check the specifications of your computer Motherboard, as not all types of M.2 SSD’s are supported, specifically the newer NVMe type. 2.5″ drives are universal and are SATA III compliant.

Which is the Best SSD to Upgrade your PC?

Here are some comparisons of several 2.5″ Solid State Drives that are available through our Amazon Affiliate Shop.

So, now that I have the new SSD, how do I install it?

Installing the SSD is pretty straightforward, BUT the method used will depend on the type of computer (desktop vs. laptop) and how you will be using the drive. The most common use would be the outright replacement of an existing HDD. The manufacturer of your SSD will usually have software solutions to fit your needs if you are going to be swapping your old HDD.

For example, SAMSUNG has software downloads available from their website that make it easy to transfer the entire contents, including the Operating System of your old hard drive, to your new SSD. However, in order for this to work, your new SSD must be AT LEAST as large as the contents of the HHD that you are replacing. If your new SSD is smaller than the contents of the drive you are replacing, you will have to clear enough space on the HDD so that the data contained is smaller than the new SSD.

I would recommend that the size of the data that you want to transfer should be no more than two-thirds of the total capacity of the new SSD. Less than two-thirds would be better. Realistically, you may want to keep the HDD for plain old Data Storage and use the new SSD for the OS, Applications, and “scratch-disk” space. This use will greatly improve performance and significantly reduce boot-up time.

The process is referred to as “Data Migration” and the software will “mirror” the entire data content of the source drive to the target drive. Once completed, it’s a simple matter to swap the new SSD for the old HDD and restart the computer. It’s worth mentioning that all this “swapping” must be done with the computer turned off, and preferably, unplugged from the main power.

For desktop computers, it may be possible to simply install the new SSD (Yes with the power off!) in an empty drive bay. The software will detect the SSD and ask you which drive to copy to from and to. This brings up another point as to the size of your new SSD. It is going to be a 2.5″ drive and desktops typically use 3.5″ drives.

I have found that the Corsair Dual Solid State Drive Mounting Bracket solves this problem and will hold two 2.5″ SSD’s mounted in a 3.5″ adapter.