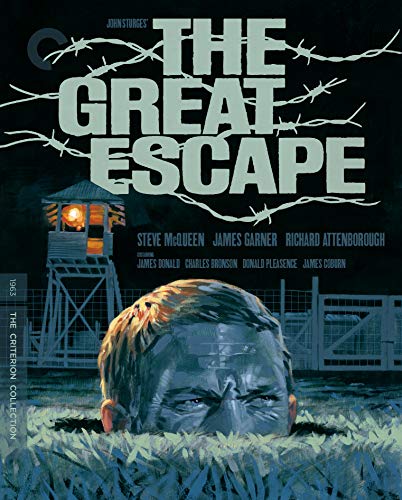 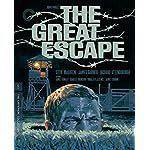 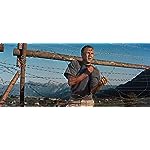 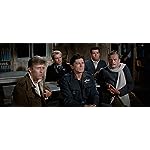 One of the most exciting adventure tales ever told, this action epic recounts the planning, execution, and aftermath of a daring true-life escape from a German prisoner-of-war camp during World War II, in which 250 men attempted to tunnel their way to freedom. In the role that cemented his superstar status, Steve McQueen plays the motorcycle-racing daredevil who sets out to foil the Nazis, alongside an all-star cast that also includes Charles Bronson, James Coburn, James Garner, and Donald Pleasence. The expert direction of John Sturges, eminently hummable Elmer Bernstein score, and rip-roaring stunts come together in what may just be the most spectacularly entertaining prison-break movie of all time, a rousing ode to the determination, camaraderie, and courage of everyday heroes. Blu-ray special edition features • New, restored 4K digital transfer, with uncompressed monaural soundtrack • Alternate 5.1 surround soundtrack, presented in DTS-HD Master Audio • Two audio commentaries, one from 1991, featuring director John Sturges and composer Elmer Bernstein; the other, from 2004, featuring actors James Coburn, James Garner, and Donald Pleasence • New interview with critic Michael Sragow • “The Great Escape”: Heroes Underground, a four-part 2001 documentary about the real-life escape from the Stalag Luft III prisoner-of-war camp during World War II, including interviews with POWs held there • The Real Virgil Hilts: A Man Called Jones, a 2001 program on the United States Army Air Forces pilot David Jones, the inspiration for Steve McQueen’s character in the film • Return to “The Great Escape,” a 1993 program featuring interviews with Coburn, Garner, actors David McCallum and Jud Taylor, stuntman Bud Ekins, and McQueen’s son, Chad McQueen • Trailer • PLUS: An essay by critic Sheila O’Malley.